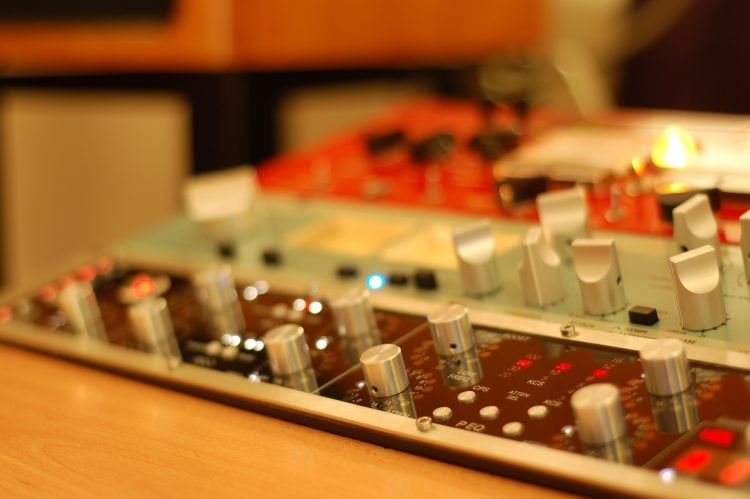 What Is Audio Mastering?

Mastering audio as we know it was first born into the music industry with the introduction of the first commercial tape recorder (Ampex 200 model) in 1948. Prior to this, all audio recordings were made by printing directly to a wax disc in real time and the role of the mastering engineer was not a separate discipline but that of the recording engineer. But with the appearance of the tape recorder, a new era of audio mastering was born.

And if 1948 was not exciting enough for the music industry, Columbia records also introduced the Long Play (PL) Vinyl record that same year, which meant that each vinyl could play for more than 20 minutes per side compared to less than 5 minutes per side previously.

As the entire record industry was quick to move with the emerging technology everyone soon adopted recording on tape as a new industry standard and a separate engineer was needed to transform the tapes to a master.

The Mastering engineer (or transcription/transfer engineer at the time) was given the difficult task of preparing master discs from the tapes they were given by the recording studio from the recording sessions. Since the belief at the time was that the tape-to-disk transfer was a technical step, many industry professionals had the view that a mastering engineer had to simply replicate the sound on the tape and was not allowed to use any creativity or artistic license during the mastering process.

During the pop music boom from 1950’s to 1980’s, process of music mastering became seen as a highly priced skill allowing the mastering engineer to use creativity and more freedom as it was found that by making simple adjustments to the equalisation (amplitude of sound at different frequency bands) prior to the cutting of the master, the record would sound much better.

Before the 1990’s all form of audio mastering had to be analogue and done using electro-mechanical processes, but since the creation of digital technology, audio mastering can now be done in a studio using a digital audio workstation (DAW), and while there are still many engineers in the music industry that specialise in analogue mastering, the use of the digital audio workstation is proving to be one of the most popular choices in the industry today.

Audio mastering music, requires experience and critical listening, in this modern age of technology, there are many software tools that exist in order to make the process easier and clearer. A good mastering engineer needs to have technical knowledge as well as great equipment. The accuracy of speaker monitors as well as the listening environment will have a huge factor in the outcome of the final master. Experience and skill is needed to apply corrective equalisation and dynamic compression in order to achieve a well-balanced record with optimum translation for all playback systems.

Having an organised  mastering engineer is always a good idea too as it’s always worthwhile making a copy of the master recording in case the original master is damaged or lost (in the industry we call this a safety copy).

With all the technological advancements in the music industry, the process of audio mastering has become a lot more creative and the role of the audio mastering engineer has now become to shape and enhance the music instead of simply replicating it. This makes audio mastering a far more interesting and creative process that is seen as a crucial step in the production of audio and music.